Convert Hexadecimal to Binary or Decimal
How do you change those funny numbers and letters to something you or your computer can understand? Converting hexadecimal to binary is very easy, which is why hexadecimal has been adopted in some programming languages. Converting to decimal is a little more involved, but once you’ve got it it’s easy to repeat for any number.

Part 1 of 3: Converting Hexadecimal to Binary

Convert each hexadecimal digit to four binary digits. Hexadecimal was adopted in the first place because it’s so easy to convert between the two. Essentially, hexadecimal is used as a way to display binary information in a shorter string. This chart is all you need to convert from one to the other: 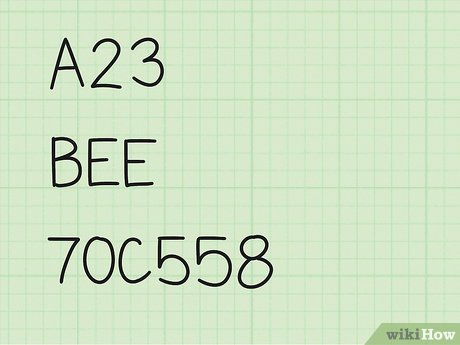 Try it yourself. It really is as simple as changing the digit into the four equivalent binary digits. Here are a few hex numbers for you to convert. Highlight the invisible text to the right of the equal sign to check your work:

3. Understand why this works 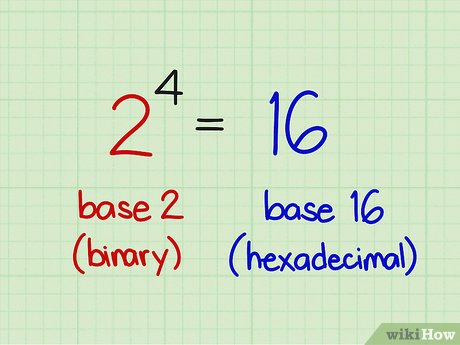 Part 2 of 3: Converting Hexadecimal to Decimal

1. Review how base ten works 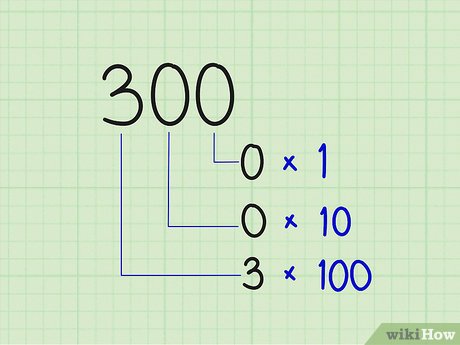 Review how base ten works. You use decimal notation every day without having to stop and think about the meaning, but when you first learned it, your parent or teacher might have explained it to you in more detail. A quick review of how ordinary numbers are written will help you convert the number:

Each digit in a decimal number is in a certain “place.” Moving from right to left, there’s the “ones place,” “tens place,” “hundreds place,” and so on. The digit 3 just means 3 if it’s in the ones place, but it represents 30 when located in the tens place, and 300 in the hundreds place.
To put it mathematically, the “places” represent 10, 10, 10, and so on. This is why this system is called “base ten,” or “decimal” after the Latin word for “tenth.”

2. Write a decimal number as an addition problem 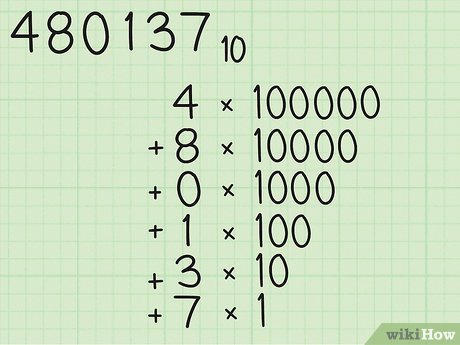 Write a decimal number as an addition problem. This will probably seem obvious, but it’s the same process we’ll use to convert a hexadecimal number, so it’s a good starting point. Let’s rewrite the number 480,13710. (Remember, the subscript 10 tells us the number is written in base ten.):

3. Write the place values next to a hexadecimal number 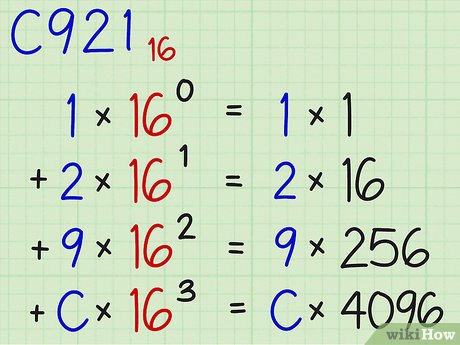 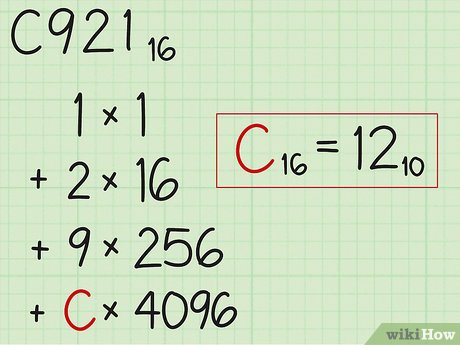 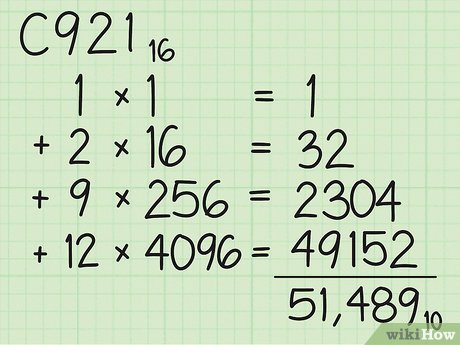 Perform the calculation. Now that everything is written in decimal, perform each multiplication problem and add the results together. A calculator will be handy for most hexadecimal numbers. Continuing our example from earlier, here’s C921 rewritten as a decimal formula and solved: 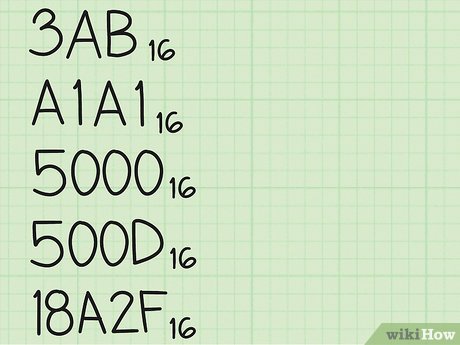 Practice the conversion. Here are a few numbers to convert from hexadecimal into decimal. Once you’ve worked out the answer, highlight the invisible text to the right of the equal sign to check your work:

1. Know how to use hexadecimal 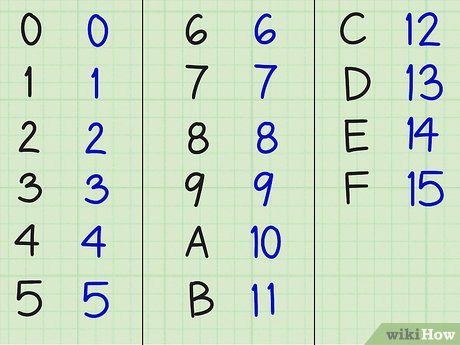 2. Use subscript to show which system you’re using 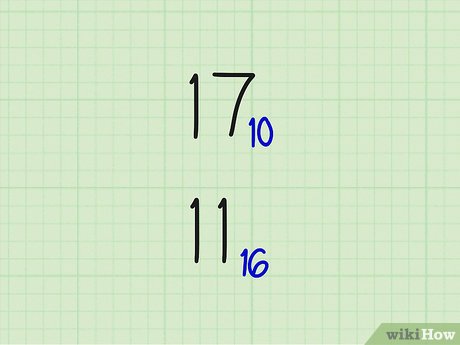 Use subscript to show which system you’re using. Whenever it might be unclear which system you’re using, use a decimal subscript number to denote the base. For example, 1710 means “17 in base ten” (an ordinary decimal number). 1710 = 1116, or “11 in base sixteen” (hexadecimal). You can skip this if your number has an alphabetic character in it, such as B or E. No one will mistake that for a decimal number.